Its Official: I'm Raising a Geek

From the moment I first saw my son, approximately 30 seconds after being surgically separated from his mom in a very traumatic 'Welcome To The World' filled with beeping machines, bright lights, hoses, wires, needles, masks, Betadine and Baroque Classics playing on a CD player in the background, I wondered as I sat surrounded by modern medical technology, in a dazed, deer-in-the-headlights sort of way, what the future would hold for him in the 21st Century.  I snapped photos on a newfangled digital camera and uploaded them to my weblog, with snippets of HTML running through my sleep-deprived synapses.  My dad has Kodachrome slides of my first moments in a carousel in the closet, rendered useless without the clicker.  I hoped that my beloved CompuServe would not be so prone to obsolescence.

That was in the summer of the new century, the year 2000, the year of the reluctant father and his new charge.  Through his first night as an independent being, he endured test after test, MRI scans, C-T scans, ultra-violet lights wrapped around his abdomen like he was a tiny pink-orange piggy in an eerie blue glowing blanket.  He had just experienced some of the most advanced medical technology available, his still-developing innards mathematically dissected slice by slice, for physicians to review and evaluate.  He wasn't 24 hours old and there were already digital images of him inside and out.

But I'm especially fond of the shots I took when he peed on the nurse for giving him a low APGAR score.

Meanwhile in my dazed bewilderment I learned about Bilirubin, making infant formula and changing diapers.  I discovered that you really DO squirt your wrist with the baby bottle, just like in the cartoons.  I learned that the discharge paperwork took more time than the whole lesson I got on taking care of this little infant put into my solitary care.  You see, his mom would stay in Intensive Care for another week, but the baby had to leave with me.  She still had to regain consciousness from her Morphine-induced coma before she would gaze at our new son for the first time.

As I walked to the car, holding this new little person in a battery-operated glowing blue blanket, it suddenly occurred to me that I'd never held a baby before this.  Ever.

I strapped him in the car seat, routed the cables powering his ultraviolet personal tanning blanket and secured his tiny goggles to protect him from the 'Bili-light'.  I replayed the prior 20 hours again in my head, started the car and popped the 'Return to Pooh Corner' CD in the dash.  I cried.  I told myself it was just an allergic reaction to baby powder and shook it off.  I hadn't planned for this.  I hadn't planned on being a father for that matter.  I was too old for kids, and I didn't really like being around them.  I really needed my life partner with me right now.

I forced my thoughts back to my earlier quandry about the new millennium and what was in store for this 5 pound 14 ounce sleepy, glowing purple blob in the back seat, facing rearwards to avoid any projectile vomiting hitting the driver.  I needed to think about HIS future, a mental exercise to divert my remaining energies away from the thought of arriving home with no freaking idea of what to do next.

I knew he would grow up in a world that had already moved on from 8-track, 45 RPM, cassette 'mix tapes', VHS and Space Invaders.  He would not know life without a cell phone, a laptop computer, 300 channels of commercial-skipping TV, digital everything, cars that know where they are, how to get there and how far to the destination.  He won't chant "are we there yet" from the back seat - he'll simply glance at the monitor in center of the dashboard.

Technologically, his world would be far more advanced than mine was at his age, which upon reflection I realized is probably true for any child born at any time in history.  So - really his future and my postulating about it wasn't about what new gadgets the new century would bring, but rather what would my son find compelling, what would pique his interest.  What would be his 'wow' and his 'meh' - and would we find common ground?

I was terrified.  After all, he's a total stranger, and I'm quite shy by nature.  Would we get along?  Would we find the same activities entertaining, amusing?  Would he be 'mini-me' or 'mini-mom'?

Today, a decade plus two laps around the sun later, I know he'll be himself, with a bit of mom, and a bit of me, and a bit of his own spin on things.  But I have learned that I relish those times when I'm with him as he discovers an activity that I once enjoyed at his age, an endeavor that has him in its geeky grasp; playing with electrons, molten metal, dielectric constants and breakdown voltages, building something with knowledge and his hands that actually works!

All the memories of my confusion, apprehension and outright fear of fatherhood and its future came back to assault me as if triggered by a familiar but unpleasant odor, but yet dissipated in an instant, like smoke from a soldering iron.
Posted by Dennis at 10:48 PM No comments: 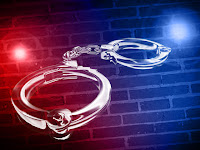 In La Porte, Texas, it appears that a false claim of child endangerment is strong enough to trump obvious facts and has landed a suburban mom in jail for 'Felony Child Endangerment' and 'Felony Child Abandonment'.

A neighbor claimed to responding police that she had hit one of Tammy Cooper's 2 kids in the suburban cul-de-sac where they were playing on their scooters.  Despite no injuries reported or seen by the 'unnamed' police officer, and despite the fact that Mrs. Cooper was present and clearly supervising her children at play, 'unnamed officer' took Mrs. Cooper into custody and then the kids REALLY were abandoned, as she was locked up for 18 hours, and wound up paying over $7,000.00 in legal fees to get out.  She also had her children interrogated by Child Protective Services in Houston.  Charges were dropped, since there was no shred of truth that any endangerment or abandonment happened.  There is no word on any charges being brought against the neighbor for filing a false police report.

Mrs. Cooper is suing the La Porte, TX Police Department and her obnoxious neighbor, Shelley Fuller.  She also claims that the handcuffs aggravated previous injuries and she will now require back surgery.

The father was in Austin, TX on military duty.  I wouldn't want to be 'unnamed officer' when dad gets home!  Read the full article HERE.
Posted by Dennis at 4:59 PM No comments: