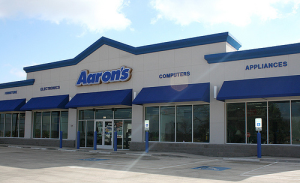 Daily Tech is reporting that Aaron's used images taken from customer's webcams on PCs they had rented AND PAID OFF IN FULL. A class-action suit is likely to come.

According to the report, Crystal and Brian Byrd of Wyoming had completed their rent-to-own contract, but due to some 'clerical error', the rental outift came to their home, armed with pics taken with the webcam on the laptop they had recently paid off, presumably 'evidence' to the ownership of the machine.

My concern is this: IF the software used to 'spy' on the Byrd's is found to be legal, when does it get de-activated? The software used also logs keystrokes as well, so is Aaron's intending to monitor the customer's web habits as a form of 'leverage'?

BUYER BEWARE! I would suggest that if you buy a PC with a webcam, better wipe the hard disk clean before you use it!