The Future of Parenting: Call The Cops When Suzy Won't Attend School 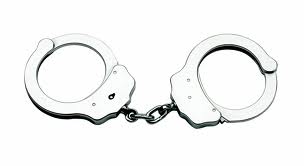 While driving my son to school (no bus service due to budget cuts, yet the same number of buses and drivers are employed) I overheard a dispatch from the local PD on the police scanner, asking for officer assistance because a woman's 15-year-old daughter had locked herself in the bathroom, refusing to go to school.

I was briefly amused by that notion, and then I thought about it and drew a conclusion - that this was clearly a waste of police resources.  The officers charged with preserving the public safety surely have better things to do than retrieve distraught girls from the bathroom and take them off to high school.

The scenario kept playing out in the the theatre of my mind as I drove...
THAT WAS IT!!  Mom was protecting herself legally by notifying police when little Suzy wouldn't go to school.  I refer back to my own post in May 2011 when the OC Register reported that SWAT-style tactics were being used to round up moms and dads whose children didn't attend school.

OUR CHILDREN ARE NO LONGER OURS TO CHERISH AND RAISE - THEY BELONG TO THE GOVERNMENT!  IF THEY AREN'T IN SCHOOL SO FEDERAL MONIES CAN BE COLLECTED BY THE LOCAL DISTRICTS, THE COPS WILL COME FOR YOU!

If we as parents don't make sure the local school districts meet their attendance numbers (and keep their federal income to the district in doing so) the cops will be knocking on our doors!  This isn't about keeping kids in school for their benefit, this is about keeping the education establishment in the revenue stream!

I think I need to get rid of the police scanner.  Or start home-schooling my son.