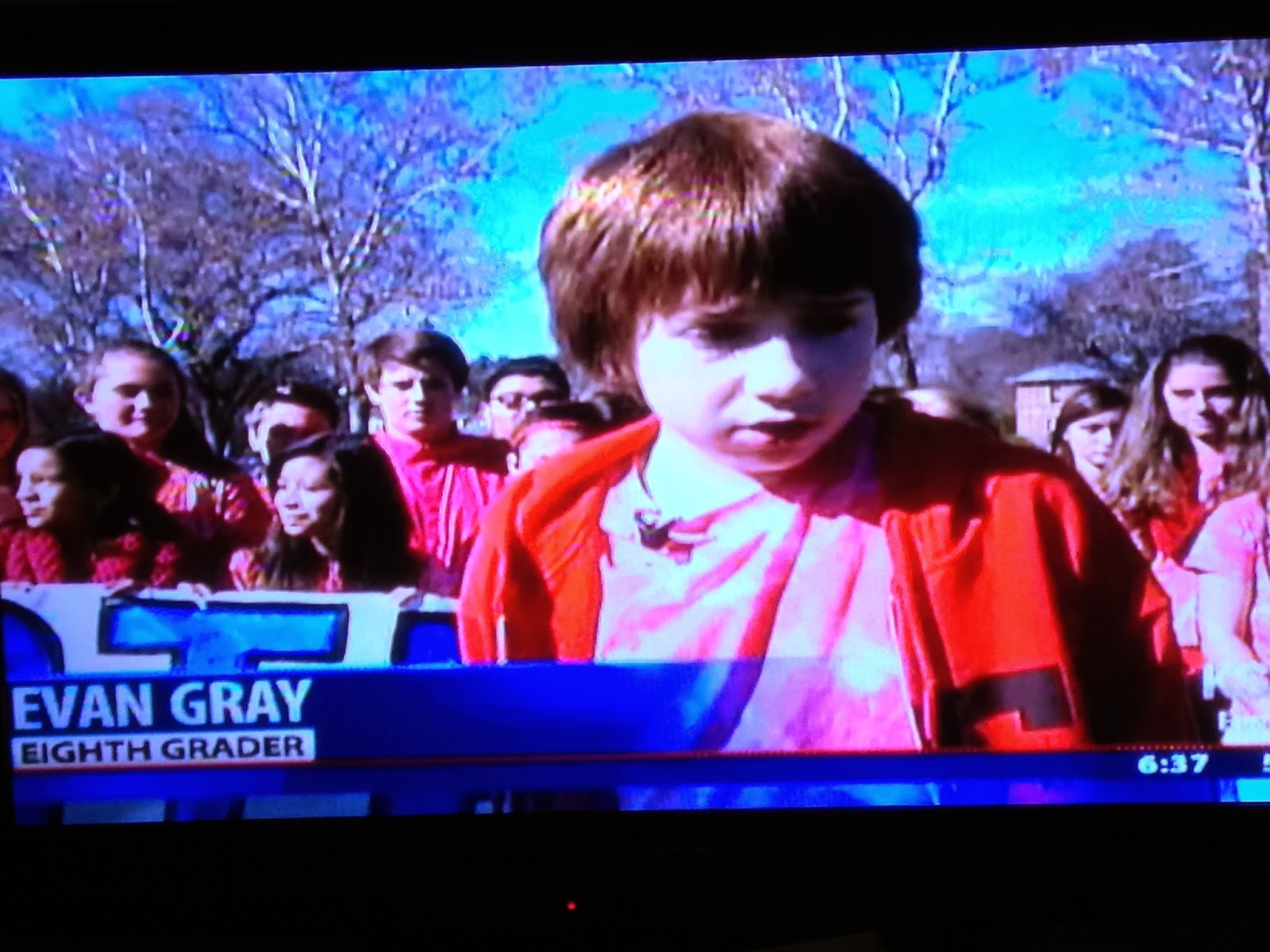 In all things February 14, the media gravitate to my family.  I do not understand why this has happened, but me, my wife, and my son have now all appeared in a local news package for Valentine's Day.  It is an odd coincidence, bordering on disturbing.

We were excited lovebirds applying for our marriage license many years ago at the Clark County courthouse at 10pm (open 24 hours for your convenience), and we were featured on the local Nevada TV news program as we stood in line filling out the paperwork with hundreds of others silly enough to wait until the last minute to complete the application.

Why the cameraman singled the two of us out of the horde to feature in the brief video clip, sandwiched between the weather and local high school sports segment, is still a mystery to us, as frankly neither of us were very photogenic that night, especially after several adult beverages that preceded our visit downtown to apply for the license.  Maybe it was the looming deadline and he was in a hurry to capture something - anything - for the 11 o'clock broadcast.  Maybe he needed something humorous to air as a segue into 'Letterman'.

...What happens in 'Vegas doesn't necessarily stay in 'Vegas, though.  Sometimes it repeats itself hundreds of miles away...

We returned home after our nuptials.  The honeymoon would have to wait, as my new bride of two days was very excited to begin her new job - at the local county recorder's office, where she was assigned the task of assisting procrastinating lovestruck couples filling out - wait for it - marriage license applications, complete with the local TV news crew in the office, video cameras upon shoulders, satellite link on the peacock-imbued truck out in the parking lot.  So in the span of 3 days, she'd managed to be featured on TV news broadcasts in 2 different states for basically the same thing - being at the county courthouse at the wrong time - or - more precisely perhaps, being at the county courthouse on the over-commercialized day of roses and chocolates.

Fast-forward to today, when a school activity caught the attention of the local broadcast news station, featuring my spokesperson-son, pictured above, dressed in red tie-dyed shirt, red hoodie and lapel mic, to show unity and celebrate diversity with his classmates, to add meaning to Valentine's Day and form a giant red heart on the school campus, complete with aerial photography from a helicopter above, courtesy of the California Highway Patrol.

Leave it to my son to kick it up a notch or three.  His mom and dad were just in a courthouse filling out papers and we were on the news.  He was with his classmates trying to add meaning to an otherwise 'greeting-card' holiday.